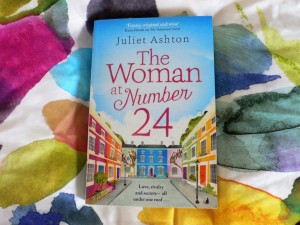 Sarah lives at Number 24, a Georgian villa which is home to five different families. She is feeling raw after her divorce, made especially worse because her ex-husband Leo lives in the flat below her with his new wife. In the spring, Jane and Tom move into Flat C. Their optimistic energy breathes new life into the old house. Sarah is a child psychologist and she senses sadness from quiet little Una, who lives with her single mother, Lisa. In the basement, elderly Mavis resides in the shadows. For years, Mavis has chosen a solitary path and ignored the world. But she realises that life is about to change at Number 24.

Thank you to Simon & Schuster UK and Goodreads giveaways for providing a copy of this book in return for an honest review.

This book is in the third person, told from Sarah’s point of view. It moves along at a steady pace and gains momentum around halfway through when Sarah gets a wake-up call. A surprise twist follows soon after. Actually, there are a series of unexpected twists which are good, if not a little farfetched. I also liked the wise Confucius quotes from the Chinese takeaway calendar which corresponded to each chapter.

Sarah is an insecure character to begin with. I can understand that her confidence has been knocked after her divorce, but I did get a bit annoyed with her sometimes. You slowly learn more about her turbulent upbringing and it’s apparent that she still has trust issues in her adult life. In this respect, it’s hard not feel sympathetic towards her plight. She has to walk around on eggshells and is left to pick up the pieces from her failed marriage. Leo is a cad and it’s frustrating because Sarah’s feelings for him cloud her vision. Thankfully, Sarah gradually becomes more assertive. She makes some mistakes and is initially unsure of her feelings, but that’s what makes her human.

I was taken aback by the casual sexism shown by some of the male characters. It begs the question: what did Sarah ever see in Leo? He’s fake and patronising. The fact that he ended almost every sentence with ‘darling’ made me quite angry.

This story is set in Notting Hill and you don’t really hear that much about the area, apart from the Notting Hill carnival. It would have been nice to have learnt some more about this vibrant part of London.

All of the loose ends are tied up neatly near the ending, and this book is essentially about neighbours-turned-friends who help each other out in times of need. There is also a blossoming romance, so the main themes are friendship and love. I felt the book could have been about 100 pages shorter, but overall it’s a sweet and surprising read which isn’t afraid to delve into some deep subjects.

4 thoughts on “Book Review: The Woman at Number 24 by Juliet Ashton”

Three books on my TBR. The Dark Days Deceit is the third and final book in the Lady Helen series, while Asking For It and Number One Chinese Restaurant are standalone titles. Have you read any of these novels? Let me know your thoughts! #thedarkdaysdeceit #askingforit #numberonechineserestaurant #alisongoodman #louiseoneill #lillianli #book #books #yalit #bookstack #bookish #bibliophile #bookishlovegroup #bookworm #yabooks #yareads #bookstagram
What do you do to help you get out of a reading slump? For me, graphic novels have been super helpful. I requested Mooncakes on Netgalley a while back and it's adorable! I especially liked the characters and diverse representation. The main characters are Nova, a hard of hearing witch, and Tam who is a non-binary werewolf. This has lovely artwork and a cosy autumnal vibe. Also, I now have a craving for mooncakes 😂 🍁 #mooncakes #suzannewalker #wendyxu #book #books #yalit #graphicnovel #bibliophile #fantasyreads #yareads #yabooks #yafantasy #lionforge #onipress #bookish #bookworm #netgalley #bookishlovegroup #bookstagram
Hi everyone! I have recently become a fan of graphic novels and Little Witches was the first book I requested from NetGalley. This is a retelling of Little Women and features Jo, Meg, Beth and Amy as witches! It's aimed at middle grade readers, so I was a little disappointed there wasn't any romance. Still, it's a cute graphic novel. You can find my full review on the blog. Link in bio. ✨ #littlewitches #leighdragoon #book #books #graphicnovel #netgalley #middlegrade #fantasyreads #littlewomen #retelling #bookish #bookblogger #bookreview #bookworm #bookishlovegroup #bibliophile #bookstagram
I was obsessed with a1 as a teenager and last night I got to see them live for the first time! Still buzzing from their brilliant show! You can tell from the video that I was bopping along to 'Ready Or Not'. 😊 Thank you guys for making my dreams come true! ❤️ #a1 #a1reunion #a1reuniontour #a1official #readyornot #likearose #o2academyislington @a1official @_a1uk @markreadmusic @christian_ingebrigtsen @benadamsuk @paul__marazzi
Camden is the coolest. #camden #camdentown #camdenmarket #regentscanal #camdenlock #london #streetart #punk #alternative #mural #camdenhighstreet #shopfronts
Repost from 22 September. Half of these pictures stopped loading after a few days, so fingers crossed it works this time. If not, then Instagram hates me 😂 🌿 I've wanted to visit Keats House for ages and today I finally got the chance to explore his home! John Keats is one of my favourite poets and he lived in this house in Hampstead from 1818-1820. It is now a museum dedicated to his life and work. Loved learning about how Keats found inspiration for his poetry here. The garden is really peaceful and includes a Black Mulberry tree. #keats #johnkeats #keatshouse #keatshousemuseum #poetry #englishpoet #poet #romanticpoet #museum #bibliophile #hampstead #bookworm #openhouselondon 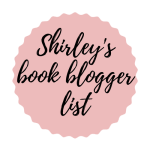 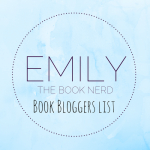 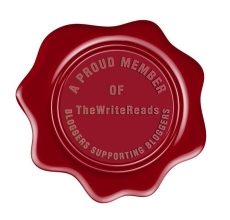